The unexpected costs of owning a house

I was a down-town guy. Moved out on my own in my very early twenties and have always lived downtown Toronto. I enjoyed the proximity of bars, restaurants and everything else that downtown living brings. In my mid-twenties I got married and bought my own condo. I figured, instead of paying someone else’s mortgage, I can pay off my own. In my planning stage I was able to anticipate most of the costs involved in owning a condo. Property taxes, maintenance fees, mortgage payments and small repairs here and there are to be expected. Having planned ahead, I was able to really enjoy my late twenties and early thirties. There were absolutely no unexpected costs involved in owning a Condo. The maintenance fee would go up every year at a small percentage and that was the extent of it. There was a point where I changed my washer and dryer which was pennies compared to what I learned after I bought a house. 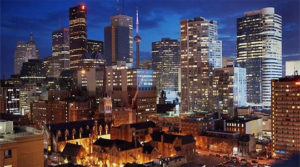 When me and my wife decided to have a kid we started looking at houses. We decided to move out of the city and go to a quiet suburban neighbourhood. Because we had already owned a home and gone through the process we did very little planning for our next move. We bought a house and instantly got introduced to the elevated costs in owning a house. I had to spend over $1000 on tools and landscaping equipment. A month later I decided to make my deck look nicer and spend some more money staining and painting my deck. Three months later we had leak in the upstairs kitchen that created a big hole in my downstairs ceiling. Another $1000 later that problem was fixed. Another four months later we noticed a crack in the foundation of the house and a bit of a moldy smell in the basement. Little did we know, our basement wasn’t waterproofed and the rain has caused some damage.

Related Article:  5 Things That Are Overlooked After Buying a New Home

Between getting the cracks repaired and waterproofing our basement  we spent almost $8000. I somehow have a feeling that this wasn’t the last of it. Initially when we moved out of the condo I was super happy to stop paying maintenance fees and have more control over my expenses. Looking at it now, the purchase of a house carriers its own beauty and pleasure (nice deck and patio, barbecue, space, etc…) but it does come at a price.

Future house owners, be prepared, plan ahead and anticipate the worst case scenario.

Proven Ways to Prepare Your Home to Sell