You won’t Believe the Size of these 3 Animals

This insect can grow as big as 6.6 inches and it truly looks terrifying, especially if you are not a fan of bugs. You can find this Beetle in the rainforests of Venezuela, Columbia, Ecuador,  Peru and some parts of Brazil.

Their mandibles are very strong and some say they can cut through thin tree branches. They have strong jaws and a very loud hiss. Although scary, adult Longhorn beetles mainly mind their own business and search for mates. 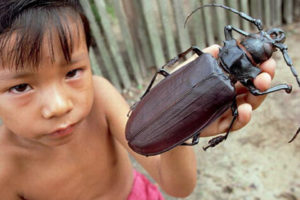 The Biggest Butterfly in the World

There is something romantic about butterflies. They are harmless, beautiful to be around and infuse positivity. The Queen Alexandra birdwing butterfly is the largest one out there. It has a wing-span of 11 inches and can only be found in Papua New Guinea. It was discovered by a wildlife collector Albert Steward Meek back in 1906.

The Female Queen Alexandra butterfly is generally bigger than the male, although the males have a bit more colour to them. The Males tend to have blue and green in their wings where the females are normally brown with white triangles. 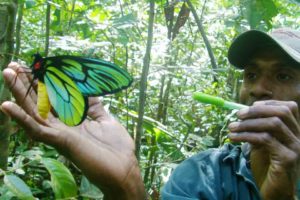 The Blue whale is considered to be the largest animal that ever lived. It can reach a length of up to 100 feet and can weigh up to 190 Tons. Just to put things in perspective, a Ford F150 truck weighs about 2 tons and is about 20 feet long.

There are about 15,000 blue whales living in our oceans today. They feed mostly on krill. It is estimated that the heart of a blue whale weighs around 400lbs. 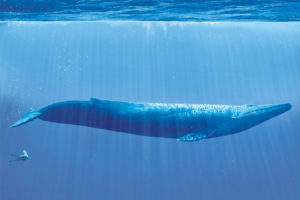 How to Best Negotiate your way into a New Car?