We always wanted to believe that drinking beer made us happy, but now a new study helps support this belief.

Scientists in Germany recently conducted research on 13,000 different food elements to see which one best stimulated the reward centre of your brain.

What was at the top of the list? Beer of course!

Monika Pischetsrieder, a Professor from Friedrich-Alexander-Universität Erlangen-Nürnberg (FAU) said: “It came as a bit of surprise that a substance in beer activates the dopamine D2 receptor, especially as we were not specifically looking at stimulant foodstuffs.” 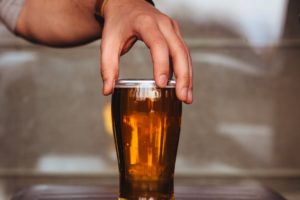 The research, which was published in the journal Scientific Reports, found that beer contains a component called hordenine. Hordenine acts specifically on the dopamine D2 receptor, which is what makes us feel awesome. Scientists call this concept hedonic hunger or pleasure eating.

Using a virtual screening technique they looked for foods that fit the receptor, like looking for the right piece of a puzzle.

The scientists came down to 17 of the original 13,000 food molecules, and analysed them in the lab.

The results were discovered for hordenine, a substance found in malted barley and beer.

The D2 receptor is also responsible for making it difficult to stop after one drink, or to stop eating after just one or two bites your favourite dessert. Hedonic Hunger is the scientific term for that feeling of eating to satisfy your pleasure as oppose to the biological need to eat. 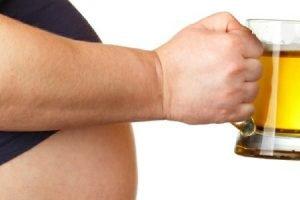 Related Article: Lose the beer belly without losing the beer. Find out how.

Before we get carried away though, let’s not forget that there are negative effects to drinking beer too. Drinking too much alcohol has been linked to heart disease, cancer, diabetes and obesity. Let’s not forget the beer belly too.

They do say that everything in moderation won’t kill you, so if you’re felling bummed out, grab a cold beer to activate that happiness feeling!