Galaxy Note 8 leaked photo gives us our best look yet

We’ve got some big-hitting phones still to come in 2017 but few are generating as much buzz as the Galaxy Note 8 – and thanks to a photo posted to Twitter we may just have got our best look yet at the upcoming phablet, even if we still have to wait for its official debut.

Posted by Twitter use Ice Universe, who has a better-than-average record as a tipster, the shot shows three Galaxy Note 8 handsets in a row complete with minimal, slightly curved bezels and some rather fetching home screen wallpapers from the Samsung vaults.

Yes, this is Note8. pic.twitter.com/ieQzwmpT2O

While these pictures look as if they could be genuine, and come from a fairly reliable source, we wouldn’t bet the house on them being accurate just yet – however, they are potentially the best look we’ve got so far at the upcoming phone from Samsung.

Earlier this week we saw what could be the Note 8 in a tweet from Samsung itself, though the lack of buttons on the side of the unit hint that this could be a dummy phone or maybe just a generic render (the tweet itself was advertising a Samsung Exynos processor).

Do what you want. #Exynos will get things done. Learn more about #Exynos8895: https://t.co/xjBw74E39o pic.twitter.com/zzxH7NE3QU

There’s also plenty of speculation about when the Note 8 is going to see the light of day – the most recent insider info suggests a launch date of August 23, which would do very nicely for taking the wind out of the sails of the iPhone 8 launch. Other tipsters have said the phablet won’t be officially unveiled until late September.

What we do know is that a Galaxy Note 8 is definitely on the way from Samsung, which will look to erase the bad memories of the Galaxy Note 7. Of course an S Pen stylus will be in tow, and we’re expecting a 6.4-inch screen size with a pixel-dense 4K screen. 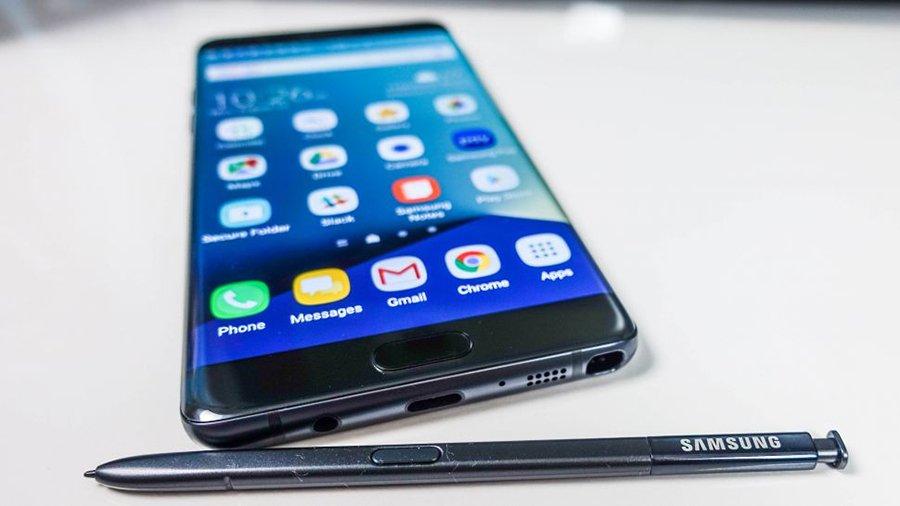