Millennials have figured out a new way of getting free TV!

That’s right! Millennials have figured out a way to get free TV. It is called “THE ANTENNA”!

With the raised cost of living in all major cities in North America, millennials are figuring out how to enjoy life, not sacrifice what is important to them and to do it all on a budget. Recent statistics show a spike in sales on TV Antennas, especially in the last year.

And it makes sense. Not only are broadcast TV signals free, but even a simple antenna can produce the best picture you’ve ever seen on your TV because the high-definition signals are less compressed than through cable or satellite.

And new flat, wall-mounted indoor antennas are a cinch to install and far less offensive aesthetically than the old rabbit ears — some can be affixed to a window behind drapes, for example. And with a one-time cost of about $50 for about 50 channels — including almost all of the most popular 50 shows — the switch is a frugal-spender’s delight. 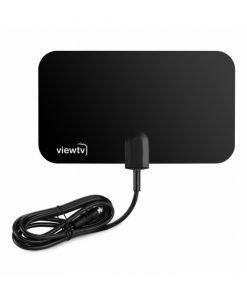 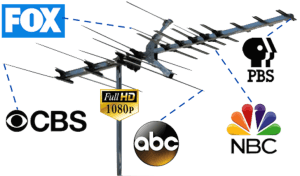 HBO recently announced it would offer streaming online HBO service without a cable or satellite subscription, removing yet another reason people remain tethered to a paid-TV provider. ESPN, perhaps the largest hurdle to cutting cords, reportedly is looking into the same thing.

Here is what an antenna in Chicago will get you: All the big broadcast channels, such as ABC, NBC, CBS, Fox, CW and PBS. All but three of the top 50 shows were on broadcast networks during the last TV season and could be picked up by antenna, according to TV Guide’s list for the 2013-14 TV season. You’ll also get independent channels and subchannels of main networks that provide additional programming, such as old TV shows and foreign-language shows.

What programming won’t I get? No “The Walking Dead” on AMC, “Monday Night Football” on ESPN or “Duck Dynasty” on A&E. No CNN or MSNBC, and no pay channels, such as HBO and Showtime.

For Women, a Little Belly Fat Is a Good Thing