Both Marvel fans and The Walking Dead fans have been anticipating the release of Marvel’s The Punisher on Netflix ever since Jon Bernthal made his appearance on Daredevil season 2. Bernthal of course also played Shane on The Walking Dead for its first 2 seasons.

The Punisher’s official Twitter account released a teaser on Friday inviting fans to “read between the lines” on the yet-to-be-announced release date of the new series. See the teaser below.

The official Twitter account of The Walking Dead saw this as a perfect opportunity to troll. They tweeted “We’ll just assume it says ‘I’m Judith’s real father.'”

For Marvel fans that didn’t catch The Walking Dead, or more specifically the first couple of seasons, we saw Bernthal’s character, Shane, have an affair with Lori (Sarah Wayne Calliesas) as they both believed Rick (Andrew Lincoln) was dead and not in a coma. 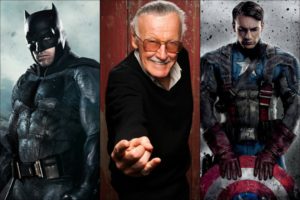 Take This Quiz: How well do you know Comic Book movies?

After Shane was killed off on the show we learned Lori was pregnant. Doing the math from when she announced her pregnancy it was likely that baby Judith was Shane’s daughter.

The Walking Dead will be back for an eight season premiering on October 22nd on AMC. Marvel’s The Punisher has yet to announce their Netflix release date, but if you can decode their trailer and “read between the lines”, you might be able to figure it out.