Most recently, videos have been surfacing of a fight at a Full Contact Contender MMA event where the fighter used a WWE move to finish the fight.

WWE and MMA have had their documented history revolve more around fighters crossing over.

Brock Lesnar is probably one of the most popular fighters to cross over from WWE to MMA. The former UFC champion proved that making the move can be successful.

Before shifting his career to acting, David Bautista took a crack at MMA winning his debut. He called it quits after one fight and is making some good money now playing a big role in Marvel’s Guardians of the Galaxy.

The most recent WWE star to give a shot at MMA is CM Punk (Phillip Jack Brooks). After a successful Pro Wrestling career, CM Punk entered MMA with very little background in mixed martial arts. He ended up getting submitted in the first round of his debut but has aspirations of making another run in his new career.

Related Story: Fans surprise John Cena and it brought him to tears

There has also been MMA stars making guest appearances on WWE, most recently Ronda Rousey being used in storylines.

One area that hasn’t really been explored, is an actual WWE move being used in MMA. Let’s take a look at 5 times this has happened. 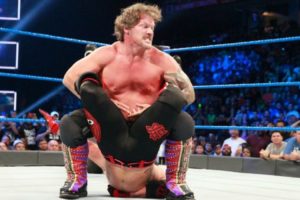 The finishing move made famous by Chris Jericho sees the final position with the wrestler in a semi-sitting position and facing away from his opponent, with the opponent’s back and legs bent back toward his head.

British MMA fighter Jonno Mears pulled this move off at a Full Contact Contender MMA event recently. The move even caught the attention of Chris Jericho.

A German suplex is a variation of a suplex which sees a wrestler belly to back while the opponent in mid arch is released. 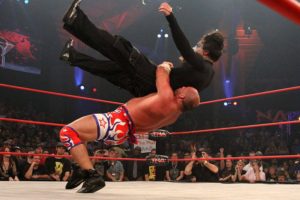 Dan Severn was first popular at executing this move in the early years of the UFC. More recently in 2012, Rory MacDonald pulled it off in a match against Nate Diaz.

Also know as a power slam, the Rock Bottom is a professional wrestling body slam move in which the wrestler performing the slam falls face-down on top of his/her opponent. 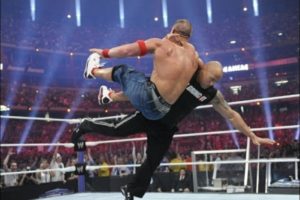 Back in 2015 at Pancrase 271, Luis Nogueria managed to perform a Rock Bottom to perfection which actually resulted in a knockout.

A powerbomb is a professional wrestling throw in which an opponent is lifted (usually so that they are sitting on the wrestler’s shoulders) and then slammed back-first down to the mat. 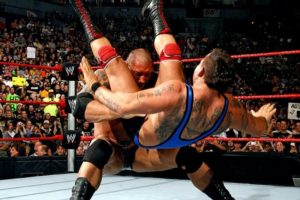 In 2004, Quinton Rampage Jackson executed the craziest and most devastating WWE move, the powerbomb, in a match in PRIDE. The drop was so explosive that it knocked his opponent Ricardo Arona out.

A piledriver is a professional wrestling move in which the wrestler grabs his opponent, turns him upside-down, and drops into a sitting or kneeling position, driving the opponent head-first into the mat. 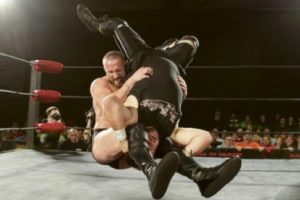 During a Gladiator Challenge event in 2011, someone actually pulled this off and the sound on the mat sounded exactly like a WWE match!

New rules of building your own small business