New rules of building your own small business

The old rules of building a small business no longer apply

In the late 70’s my father migrated to the US looking for his piece of the American Dream. He came over with a few hundred dollars in his pocket and an address of a friend from his village that made the move a few months prior. After working a few odd jobs he decided build his own construction business.

For 30+ years he built his business based on referrals and closed deals with a handshake. Outside of the signs affixed to his trucks, he had absolutely no advertising. As a youngster I would tag along with him to the job site and help where I could; bringing in tools, material and cleaning up after the job was done.

It never failed as my father would be two stories up on a ladder a neighbor would come by and ask him to come look at his place. My father would go over with a pencil and a scratch pad jot some numbers down, shake hands and walk away with his next job.

For over thirty years he built his business on two basic principles:

He was not considered a wealthy man when he retired a few years ago, but he was successful in his own right. He had a few properties to his name and enough money saved up to retire comfortably.

A few months ago when we were talking about life he opened up to me about his business. “I wasn’t ready to retire” he told me however business just wasn’t coming in as it used to, and a handshake didn’t go as far anymore either.

In his last couple years of operation he would still get a few referrals a week and his repeated customers were very loyal, but when going out to price a job he would be asked about an online portfolio where prospective customers could see some of his previous work, they would show him online quotes they received from unknown competitors. Word of mouth just didn’t hold as much weight in a world where an online presence built trust. He didn’t have a website, he didn’t have any social media accounts, and he didn’t have an online portfolio. He barely had an online presence at all. A quick Google search of his company would yield a few very positive reviews on home improvement rating sites and several hits from local business databases.

Ultimately his lack of online marketing led to his decision to retire several years earlier than he originally intended, and he really didn’t understand how.

Time to introduce Jack. Several years ago my father helped his friend Jack start his own company in the same industry. That’s just the kind of guy my father is. If a friend needed help he was the first to lend a hand, even if it meant there was another competitor in an already saturated industry.

I remember my father telling me Jack was going to have a hard time carving out a market as Jack’s work was of lesser quality than his and his pricing wasn’t always as fair. However Jack always seemed to be busier than my father, even with less experience and a lower quality of work. If Jack landed a high profile job he would sub the job out to my father to complete as he knew he wouldn’t be able to complete it at the same level.

When Jack was first beginning to build his business he recognised the importance of a strong online marketing plan. His website was well built and easy to navigate. There was walkthroughs of previous jobs (many of which my father completed for him), there was a top idea section for people to get their creative juices flowing, there was a section for individuals to book in person consultations, as well as testimonials and links to his social media sites. He focused on search engine optimization and Google advertising to target potential clients in his local area. His on-line presence was strong and the business was easy to find on social media and search engines. 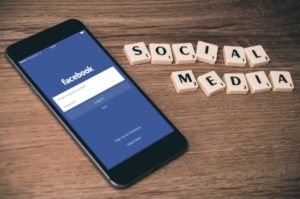 In the end Jack’s advantage was his ability to get his company recognized and uncover new business.

Even though my father says he is retired, he still picks up the odd job here and there from old customers and friends including whenever Jack calls for him to complete a high profile job.

Is it Time for a New Cell Phone or Repair your existing one?