Are E-Cigarettes Getting Smarter?

Juul Labs, just sold 35% stake to Altria, the group that owns Phillip Morris USA, for over $12 Billion dollars. This sale valued Juul Labs at 38 Billion dollars. Juul is an e-cigarrete that works on a pod system that makes the vaping experience relatively easy and it does not require any maintenance expect charging the device. 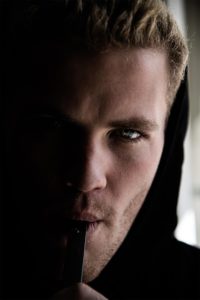 Juul Labs and the vaping industry in general have been under attack for targeting a younger audience by creating flavors such as raspberry, bubble gum, cotton candy and other flavours that seem appealing to teenagers. Their pods contain nicotine which is highly addictive.

Related Article: Things You Can Do To Help You Quit Smoking

Juul has just launched a new product, the Juul C1 device that allows users to monitor their vaping habits. The Device track the number of puffs a user takes in a day as well as allows users to locate their device if its lost. The device also has a “lock” function which essentially means a user can set the device to “lock” or become unusable when it is not within a certain distance of the user’s cell-phone.

The product test-launched in Canada and it is now about to launch in the UK. Some users have concerns about the privacy of the data collected by Juul. The Company has responded saying that it has no plans to sell user data.

Report: Most Phone Users Do Not Believe Samsung And Apple Phones Are Worth $1,000

Is this what the Motorcycle of the Future Looks Like?