Video: Fans surprise John Cena and it brought him to tears

Is someone cutting onions around here?

The WWE superstar, who is known for his philanthropy, was filming a promotional video for Cricket Wireless where he was to read thank you cards from fans that he was able to impact through the years.

As he went through the letters, he read stories from people who had experienced challenging circumstances. We heard stories ranging from personal lost, injuries and battling depression. Each of the stories showed the individuals adversity inspired by Cena’s positivity to ‘never give up’. 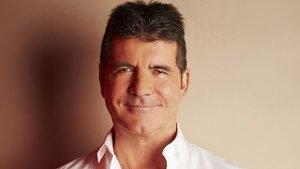 The final story came from a little boy named Tyler Schweer, whose mother was diagnosed with cancer. The young fan explained in his letter that he gave his mother a wristband he received from John Cena sitting ringside at a WWE event and ordered her to not give up.

4ever grateful 2 be able to do what I love AND meet so many wonderful people.I do my best everyday to try to #EarnIt https://t.co/CNCDeH8ANA

Each of the fans that wrote the thank you letters were waiting behind the scenes. Tyler was the first to come out, bursting through the backdrop to thank his hero. One-by-one, all of the fans came through to personally thank the WWE star and present him with a ‘Life Changer’ trophy.

Watch the video below:

4 most filling foods for weight loss