We may be counting the days until the return of Game of Thrones, but there are plenty of brand new shows making their debut in the coming months. Here are the five we’re most hyped about, so you can mark your calendar in advance.

It’s been a long road (sorry), but the latest Star Trek series is almost here, and everything we’ve seen so far, from the fierce first photo to the epic trailer, has our phasers set to pumped. With The Walking Dead‘s Sonequa Martin-Green as the first woman of color to lead the franchise and uncharted territory to explore, the iconic franchise is boldly going in a direction we can’t wait to experience for ourselves.

Marvel and Netflix’s collaboration has given us three epic series — and Iron Fist — over the past three years, and The Defenders will finally bring all four heroes together for a team-up that may not have the special effects budget of an Avengers movie, but will undoubtedly feature just as much snark and ass-kicking.

Okay, so we’re really hoping that the show will be 90 percent Jessica and Luke relentlessly mocking Danny (and 10 percent them making out), but whatever your feelings on each of the four shows, it’s thrilling to imagine Marvel’s four “street-level” crime fighters joining forces, if only to see what kind of hallway brawl the stunt team comes up with. Defenders, assemble! 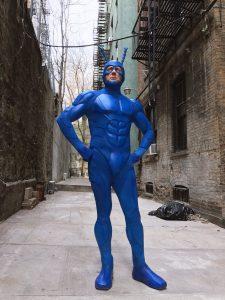 Ben Edlund is bringing back his big blue bug for a new live-action comedy, courtesy of Amazon. Since the spooftastic superhero was originally designed as a parody of other comic book characters, Edlund and his team should have plenty of material to work with in the reboot, which stars a pitch-perfect Peter Serafinowicz in the titular, spoon-loving role. 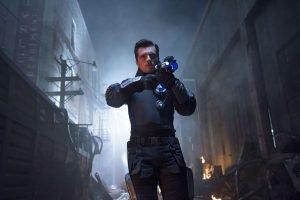 Hunger Games star Josh Hutcherson heads to the small screen for this high-concept sci-fi comedy from executive producers Seth Rogen and Evan Goldberg. Hutcherson stars as Josh Futterman, a janitor by day/world-ranked gamer by night who is tasked with preventing the extinction of humanity after mysterious visitors from the future proclaim him the key to defeating an imminent super-race invasion. The show also features Glenne Headly’s last role— the Dick Tracy actress died unexpectedly during production on the series, in which she played the mother of Hutcherson’s character.