The hacker or hackers behind the HBO data breach have posted online a publicly accessible link to a cache of internal documents, including a script summary of an upcoming Game of Thrones episode and a month’s worth of emails from the inbox of one of the company’s executives.

The materials, which mark the first evidence that some HBO private emails are in the hands of hackers, came Monday in an email message to The Hollywood Reporter that also contained nine files with such labels as “Confidential” and “Script GOT7.” The hackers also delivered a video letter to HBO CEO Richard Plepler that says, “We successfully breached into your huge network. … HBO was one of our difficult targets to deal with but we succeeded (it took about 6 months).”

THR is not revealing the contents of the emails or the substance of the leaked Game of Thrones materials, which also includes marketing spreadsheets and media plans for the hit series. It’s unclear if the hackers sent the link to the materials to other media outlets or Game of Thrones fan sites.

While the release of an executive’s emails is an escalation of the HBO attack, it doesn’t necessarily indicate the hackers have access to widespread company emails, as was the case in the 2014 hack of Sony Pictures. On Aug. 2, days after the HBO hack was first acknowledged, Plepler told staff: “We do not believe that our e-mail system as a whole has been compromised, but the forensic review is ongoing.” 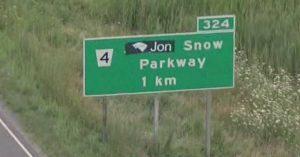 The confidential folder offers a screenshot of files that largely pertain to Game of Thrones and includes castings, script summaries and marketing materials, including a detailed summary of the episode that is set to air Sunday.

In the letter to Plepler, which unfolds as a scroll set to ominous music, the hackers demand money (though the figure is redacted). They also claim that HBO marks their 17th target, and only three have failed to pay.

An HBO spokesperson, in a statement to THR, responded: “HBO believed that further leaks might emerge from this cyber incident when we confirmed it last week. As we said, the forensic review is ongoing. While it has been reported that a number of emails have been made public, the review to date has not given us a reason to believe that our e-mail system as a whole has been compromised.”

The statement added: “We continue to work around the clock with outside cybersecurity firms and law enforcement to resolve the incident. Meanwhile, our dedicated employees continue to focus on delivering the high quality of entertainment and service for which we are known.”

Kendall Jenner Responds to Claims of Not Tipping Bartender

Why #AintNoCinderella with selfies after midnight is trending in India