Back in May, Google announced that it was going to open up its Google Assistant’s software development to third party devices.

The hope was to increase the reach of Google Assistant in an effort to compete with Alexa, Amazon’s personal assistant, which had a significant head start in regards to integration with third party devices.

Not only was this big for competitive purposes, but this was also a good move for Google in terms of collecting more data that can be used in their advertising and marketing initiatives. The more people engage with their AI, the more data they collect.

On Wednesday, Google announced that it has partnered with Anker, Mobvoi, and Panasonic for speakers that will have Google Assistant built directly into the product. 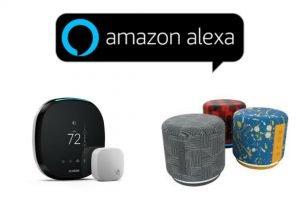 The details of the Anker product, named the Zolo Mojo, was the first official speaker revealed. Anker is no stranger in the personal AI space, previously releasing the Alexa run Eufy Genie. The Mojo is being marketed as an entry-level smart speaker at a retail price of $70USD. It will come equipped with a 5 watt speaker, two microphones, WiFi and Bluetooth. The Mojo will also support Google Cast Audio, allowing you to wirelessly stream music and create a multi-room speaker experience a-la-Sonos.

Details were not yet available on the Mobvoi and Panasonic models. Google did announce that they would reveal more integrations with speakers in the coming days, with availability expected later this year in the US, UK, Australia, Canada, Germany, and France. 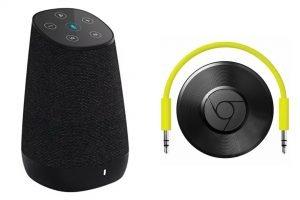 On top of the speaker integration, Google also revealed that the Assistant will be able to work with some of LG’s home appliances. This will make it possible to use Assistant to check on the state of your laundry, dishes or tell your LG robot vacuum to start cleaning.

The smart speaker competition is starting to get heavy. Amazon and Google are already in the thick of the battle with Apple’s HomePod set to release later this year and Samsung in the middle of development on their own smart speaker.