On Monday, it was revealed that fans in Oregon filed a class action lawsuit against Showtime over streaming issues during the pay-per-view broadcast of Floyd Mayweather and Conor McGregor.

The complaint was filed in federal court in Oregon, which is seeking $200 in statutory damages or actual damages for each person in the action, whichever is greater.

A rep from Showtime, Chris DeBlasio, had a statement that he prepared for MMAjunkie:

“We received a very limited number of complaints,” the statement read. “We’re reviewing all of them carefully, and we will respond accordingly. Refunds are handled at the point of sale, so with regard to Showtime’s direct to consumer, our online offering of ShowtimePPV.com and Showtime PPV app, for those that could not see the fight on those platforms, Showtime will issue a full refund. Of course, the goal is to deliver at the highest quality all of the content.” 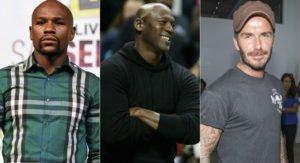 The availability of streaming the pay-per-view through ShowtimePPV.com and UFC.tv was heavily marketed ahead of the fight. Unfortunately, both services experienced issues throughout the event. UFC even tweeted a couple of updates on the issues.

Due to overwhelming traffic you may be experiencing log in issues. This will be resolved shortly.

What is Nomophobia and is it actually a thing?